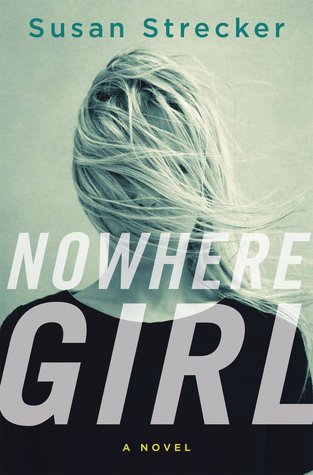 Source: I received a copy for review from the publisher. All thoughts and opinions are my own.

Nowhere Girl begins when sixteen-year-old Cady’s twin sister, Savannah, is late to meet her after school. Cady gets a feeling that something terrible has happened to her.and calls the police, who find Savannah murdered. Fast forward to the present, and Cady is all grown up and a bestselling mystery writer. She hopes that somehow her writing and research will lead her to Savannah’s killer, which leads her to reuniting with her high school crush, Brady, who now works at a prison. She convinces him to start letting her interview prisoners and ends up coming across clues that she hopes will lead to her sister’s murderer being found out. The truth ends up being nothing like she ever expected.

“We can barely speak our sister’s name aloud, never mind talk about what happened to her. And then to us.”

This was a book that surprised me in so many ways. I love a good mystery, and really enjoyed how there was a connection between what was happening in Cady’s adult life and the events of her high school years.

I *almost* put this one down due to a storyline about Cady hating her husband and the constant bashing of him by all her friends, and then justifying cheating because of it. I really don’t like books about cheating — I never think it’s okay, and I can’t enjoy reading something like that. However, I’m glad I kept going in this case because that story line really wasn’t one of the main plots, and there were other things I liked that weighed out.

Nowhere Girl was very well-written with a cast of unique characters who all add something to the story and all develop in their own ways. Cady is super self-conscious. She always thought of her sister as the ‘pretty one’, and had a weird idea that she was stuck feeling fat, lonely, and in an unloving marriage because she needed to preserve her sister’s memory as being the beautiful, fun, happy one. At times, Cady was a bit too Debbie-Downer for me, but I was glad that throughout the story she was able to start to overcome those ideas and make herself happier.

The revelation at the end of the story wasn’t a huge shocker to me — I had guessed it a little ways before, but not so far ahead that I was disappointed. I was definitely led off-track  a couple times and could not put the book down for the last half or so, because I NEEDED to know how Savannah died and why she was killed.

I’m glad I stuck through to the end, and would definitely recommend checking this book out from the library or borrowing it from a friend. The mystery aspect was pretty good, but I wasn’t into any of the romance in the book.

Nowhere Girl is out next week, March 1st!

I definitely recommend checking it out if you like mysteries and a mix of YA/Women’s Fiction, as this one is sort of a mix of the two genres.